A downloadable game for Windows, macOS, and Linux

During my sophomore year of college, I challenged myself to make one Twine game per month. The result was nine brief experiments that ranged from an everything-and-the-kitchen-sink horror story, to a class project, to a game in which you can be anything. They're listed in the order they were made, but none of them rely on knowledge of previous games to understand what's going on, so play whichever interests you most.

September - The Worst Thing In The Universe
- A branching horror story about a girl trying to survive and understand the surreal world she's been thrust into before confronting the titular Thing.

November - We Need To Talk
- Play as a man out to dinner with his girlfriend, struggling desperately to find the right time to tell her he wants to break up. *Play in browser*

December - Biology Of Sex Final Project
- The final project for a biology class I took fall semester. It's the silly, marginally educational story of a man hoping to find a mate as he thinks about various biological and evolutionary facts.

January - My Book
- A game about a book I wrote.

February - Forbidden Temple
- You are not welcome here, turn back now! The treasure is almost impossible to steal, so just give up while you can.

March - You Can Be Anything
- A simulation style game. Simply answer a few questions about your life and watch as the game builds a world just for you. A world in which you can be anything. *Play in browser*

April - Collaboration
- Write a poem with me. It'll be nice. *Play in browser*

May - It's almost midnight and I'm thinking about something that didn't happen
- The story of two friends who go on an adventure after playing in their high school's pep band one night. *Play in browser* 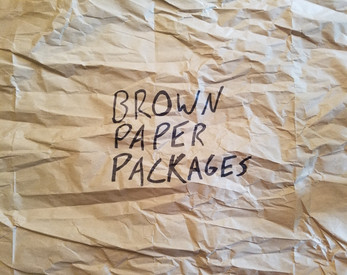